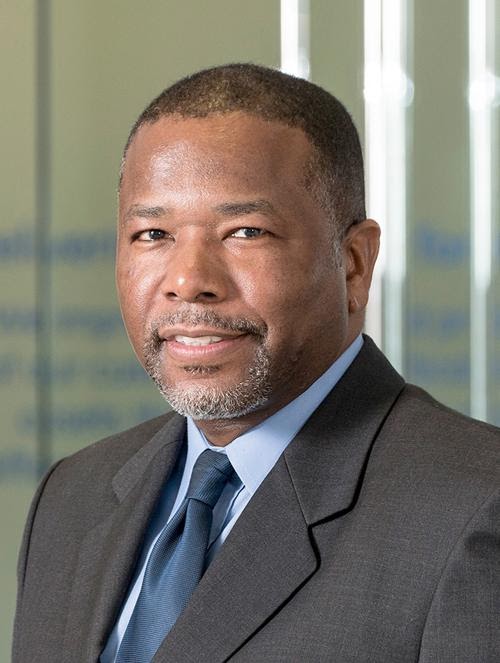 Darryl Wilson is a strategic business executive who has built highly successful organizations and led complex
transformations at General Electric businesses around the world for more than 25 years. A truly global leader who has managed dozens of multi billion-dollar P&Ls, acquisitions, integrations and restructurings. He has led and inspired significant product and process improvements that have had a material impact on performance. He has an exceptional ability to manage market volatility, complex technologies, competitive dynamics, and is adept at building

high-performance teams. Darryl was a Vice President and Corporate Officer of the General Electric Company.
Across his career, Darryl has developed a reputation for turning around, right-sizing and improving profitability at diverse technology, complex manufacturing and industrial distribution businesses, with impactful on-the-ground roles in Asia, Europe-Middle East and Africa, Latin America, Canada and the US. He built successful multi billion businesses from limited capacity in emerging markets and has grown market share across borders and cultures.

After leaving GE in 2017, Darryl founded The Wilson Collective, an investment and business advisory firm that invests in startup companies across several industrial segments and also provides management consulting services to distributed power, renewables and industrial clients. He serves on the NextEra Energy Board of Directors Audit and Compensation Committees. He serves on the GenServe, Inc Board of Directors and serves as a Strategic Advisor to both Wolong Electric Group and EXRO Technologies, Inc. He serves on the boards of the Dallas Federal Reserve (Houston Branch); Julia C. Hester House (Finance Chair); Indiana University Kelley School of Business and The Kinkaid School Board of Trustees (Finance and Diversity and Inclusion Committees). Darryl also sits on the Dallas Federal Reserve Board Energy Advisory Committee.

Darryl’s earlier roles were P&L leader roles across diverse business units in Ohio; Texas; Canada; Budapest, Hungary and Shanghai, China. He held broad CEO responsibilities for Asia Pacific, Europe, Middle East and Africa understanding business and culture. As President & CEO of the $5B GE Aero Energy, he grew revenue and profit in the Aero Derivative gas power business that leveraged aircraft engine technology. As President & CEO of the $1.7B, GE Consumer Products EMEA, he led the turnaround of the lighting, fixtures, controls and appliances business with 12,000 employees in Hungary, Italy, Germany and the UK. As President and CEO of the $.7B GE Consumer and Industrial, Asia Pacific, he built capability and growth via joint ventures, strategic partnerships and regional organization design.

In his final GE position, Darryl was Vice President, Commercial in the GE Power division, leading global sales and marketing for a $38B provider of power generation, transmission, distribution and services. As he did in earlier roles, Darryl drove operating improvements while also restoring profitability by removing costs, focusing on core business segments and structuring the organization for optimal growth. As a member of the global integration team, Darryl led the commercial integration of six P&Ls and several multibillion-dollar acquisitions. Prior to his final role, Darryl was VP and Chief Commercial Officer, at GE Energy Connections, an $11B electrical protection, components and relays business, responsible for driving innovation and growth while also integrating the Alstom Grid and Software Solutions businesses.
Darryl joined GE in 1992, after earning an MBA in Marketing from Indiana University. He has a BA in Business Administration from Baldwin Wallace College in Ohio and began his career in the Executive Development Program at BP America in Cleveland, Ohio.

He has been active in many other community organizations; Darryl is a former Board Member and Executive Committee Member of the Greater Houston Partnership, The Houston Food Bank, The American Heart Association, The Dream Foundation, The East End Neighborhood Center and The Greater Cleveland Urban League. Darryl also served on several corporate boards representing General Electric affiliates, and joint ventures internationally. He was appointed by GE and the US Government to the US and Mexico Energy council. He has also attended Lazard board Governance training; National Association of Corporate Directors Board Diversity training; Russell Reynolds Board Seminars on Diversity; Cyber Risk and Audit.